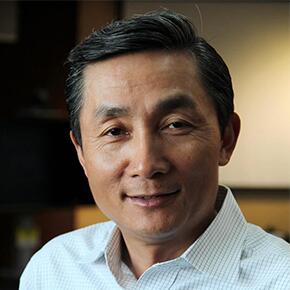 Dr. Min Li has served as our independent director since February 2021. Dr. Min Li is the founder, CEO and director of SciNeuro Pharmaceuticals, a biotechnology company headquartered in Shanghai focused on developing innovative therapeutics for CNS diseases. Dr. Li was formerly Senior Vice President, Global Head of Neuroscience R&D at GSK from 2013 to 2019. During his employment with GSK, he also served as General Manager of GSK R&D China, the highest-ranking officer at the country level. Before moving into industry, Dr. Li had served as a tenured Professor of Neuroscience at Johns Hopkins University School of Medicine for over 20 years. Dr. Li served on scientific advisory boards, non-profit and corporate boards that include multinational corporations (Corning, Pfizer and Merck), disease foundations (RYR-foundation, AHA) and biotech companies (Xencor, Affymax, Datavant, Icagen, and Coda Biotechnologies). He is also an Adjunct Professor of Neuroscience at Johns Hopkins School of Medicine. Dr. Li received his B.S. degree in biochemistry from Wuhan University in 1984 and his Ph.D. in molecular immunology from Johns Hopkins University in 1990. As a Helen Hay Whitney Fellow, he performed postdoctoral research at University of California San Francisco. With a Sloan Award, in 1994 he returned to Johns Hopkins to join the faculty as an Esther A & Joseph Klingenstein Neuroscience Fellow. Dr. Li has published more than 120 scientific articles and holds patents in biotechnologies. His research and scholarship were recognized internationally with awards including being a fellow of American Association for Advancement of Science and an established fellow of American Heart Association.