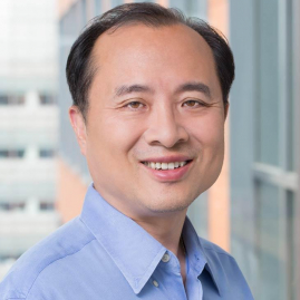 Dr. Ho is a highly accomplished R&D leader with experience across all phases of R&D, including discovery, early and late stage clinical development, and regulatory throughout his nearly 20 year career. Over his career, Tony has led the developments, approvals, and launches of 2 oncology drugs (Durvalumab/Imfinzi, Olaparib/Lynparza), 2 ophthalmology drugs (Tafluprost/Zioptin, Timolol-Japan), and one migraine drug (rizatriptan/Maxalt pediatric migraine).

Dr. Ho was Executive Vice President, Head of Research and Development at Crispr Therapeutics. He and his team have brought first CRISPR based therapy CTX001, 3 allogeneic CAR-T (CTX110 (CD19), 120 (BCMA), 130 (CD70)), and the first CRISPR edited pancreatic islet progenitor cells (VCTX210) from research bench to the clinic. During his tenure, CRISPR Therapeutics has grown from $600M market cap to over $7B market cap and raised $645M.

Prior to joining CRISPR Therapeutics, Tony held a number of roles at AstraZeneca where he most recently was Senior Vice President and Head of Oncology Integration and Innovation. Before that, he was Vice President and Global Medicine Leader, where he led the development and commercialization of two key drugs for AstraZeneca – Lynparza, a first-in-class PARP inhibitor for ovarian cancer and Imfinizi (anti-PD-L1), AstraZeneca’s first immuno-oncology drug for bladder cancer. Prior to joining AstraZeneca, Tony was the Neurology and Ophthalmology Clinical Section Head at Merck Research Laboratories, Merck & Co., Inc. and led multiple development programs including the approval of Maxalt for pediatric migraine and Zioptan for glaucoma. Earlier in his career, Tony was the Co-Founder and Chief Scientific Officer of Neuronyx, Inc., a regenerative medicine company.