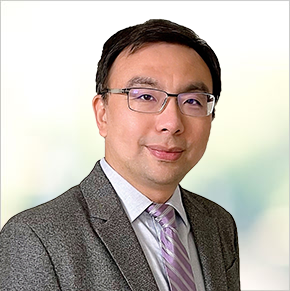 Dr. Ai Li is Head of Biometrics at Adagene. He has over 14 years of experience as a biostatistician and lead of biometrics.

Dr. Li has extensive experience in both early and late phase studies over various oncology indications. He has worked on small molecule and biologics drugs, T-cell therapy, and an oncolytic virus.  He previously worked at QED Therapeutics leading the biometrics team for the filing of a targeted cancer therapy, which has been approved in the U.S., Canada, and Australia. Before QED, he worked for Novartis, Amgen, Puma Biotechnology and Atara Biotherapeutics, and was the key member of two successful NDA/BLA filings, including the first oncolytic virus approved for use in the U.S. and European Union. Dr. Li has more than 30 publications and received more than 3000 citations.

Dr. Li received his Ph.D. in Biostatistics at UCLA.